I have composed electronic and classical-influenced music since 1993. I play the guitar, the piano and I sing. I use the artist name Avalkis and my own name for some pieces. For all the music currently featured on the blog, click here. 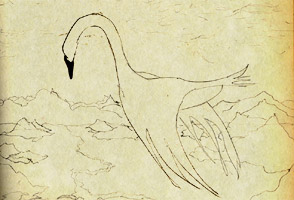 Some of my genres:

Here’s a guitar ballad from the upcoming album Tree of Love – and Other Ballads from the Darkened Sun:

Here’s a classical example – from the fantasy short film Springbringer: Songs from the World of New Nature (2009):

Here’s another symphonic classical – a one minute excerpt from my upcoming Science-Fiction film epic Soulweaver: Requiem for Earth:

A medieval-inspired piece from the album Sprite of Spring Symphony (2005):

An ambient piece from the film and Springbringer Soundtrack (2008):

Trance and techno are still one of my favorite genres too. Here is an oldschool trance piece:

Check out the blog for my newest songs and also older music for your listening every now and then. You can listen to my music also here:

You can buy my music on CDs or digitally as MP3s.

PS. I sign some pieces with my own name and others with my artist name Avalkis. (I also used to use the artist name Synchronic for trance.)