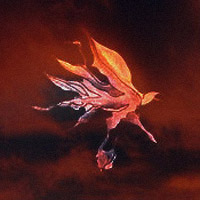 Special love and thanks to listener inspiration for this music piece that I had already almost forgotten about. 🙂 <3