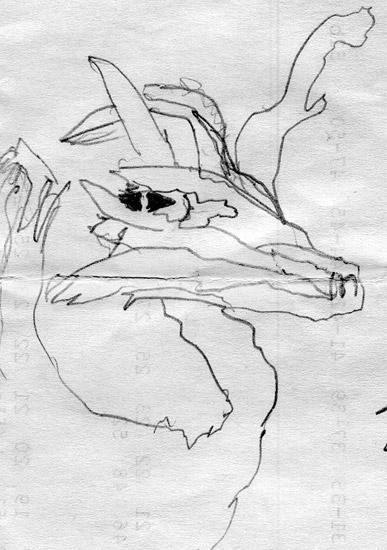 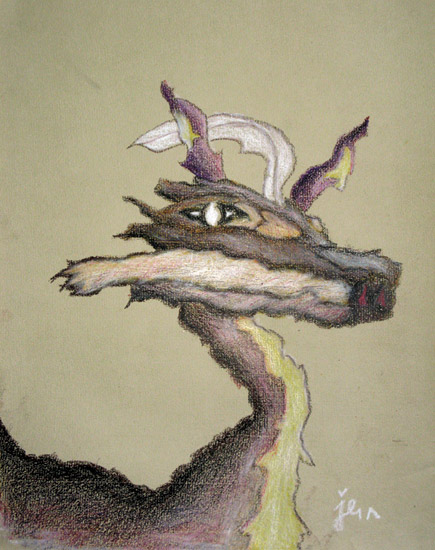 Avalkis is an animal with the features of a deer and a dragon from my Springbringer fantasy world. The first sketch was drawn in a forest. I often find animals, creatures and beings in tree branches, stumps, leaves, clouds, puddles of water—in the fractals of nature and other random visual formations.

The colored one is is a pastel drawing. This is kind of a self-portrait in a way and my alias is Avalkis which I’m using as an artist name in certain publications such as music. 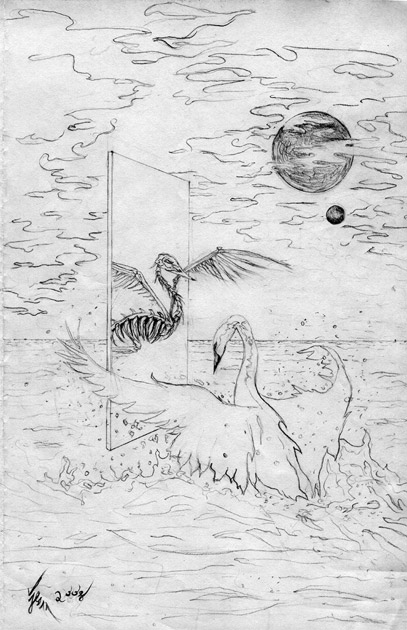 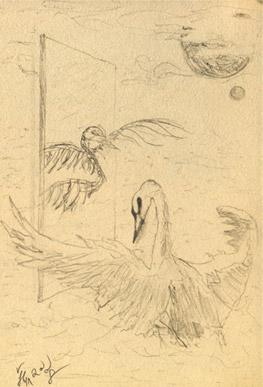 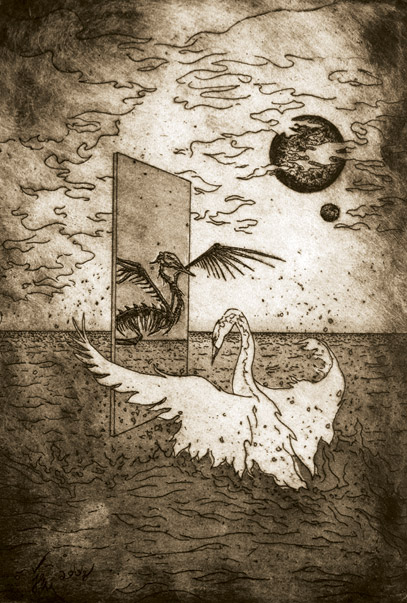 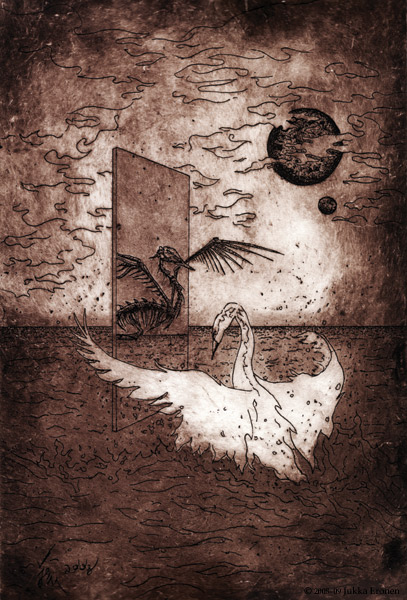 Pencil sketch 21x29cm, Varjojen maa in Finnish. Final sketch above right and below the lithograph proof. The original drawing has a psychedelic concept of a giant swan creature with legs and huge sharp nails. The final fantasy scene has a curious flower-like deer-faced giant meeting a black swan on a dried-out sea bottom.

This is part of the Springbringer fantasy world. 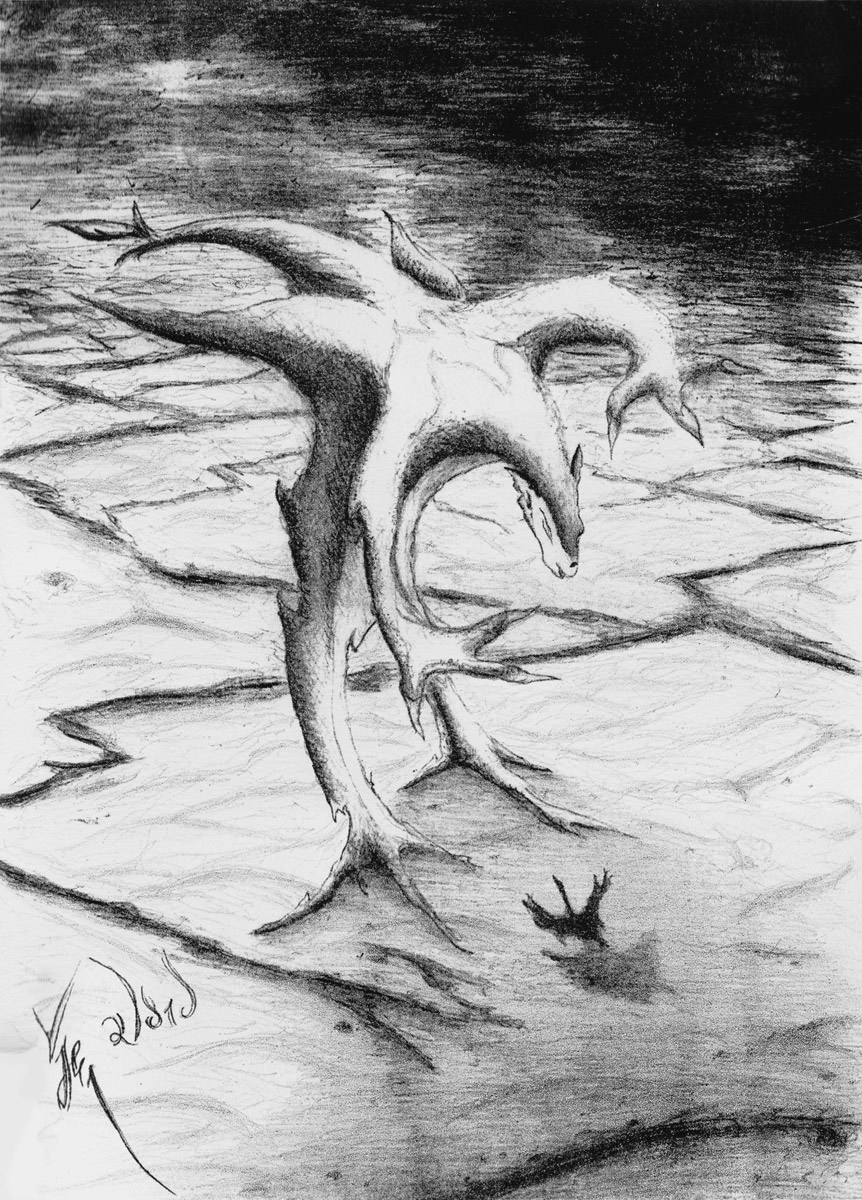